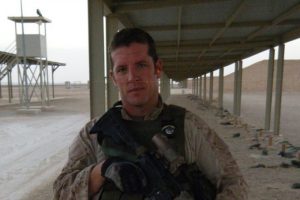 I am a regular guy with a moderate income from three jobs. I love America, I love our Freedom.

I am asking for funding to legally fight the new gun laws signed by Jerry Brown today.

These are constitutionally protected firearms that have no association with crime. These changes would happen quickly with great individual costs to many gun owners and without public notice. Governor Brown vetoed similar legislation in 2013.

My Plan to Fight Jerry Brown

I plan to hire a Pro 2A lawyer and bring a civil rights case against the state of California.  I intend to put a real face to the many businesses being run out of California. I am not a lawyer, I am not a politician, what I am is a True Red Blooded American who has served in Iraq, Serving as a Police Officer, Business owner and family man, who is fed up with these current politicians.

The promise I will make to all of my contributors: Not one penny will be spent on frivolous crap like: my travel, income, parties or any other crap that isn’t directly related to fighting this fight. Please help us fight Jerry Brown, click the link below.

Find Us on Yelp!